NYC Artist Sharon Pell-Lie used a Data Science approach to her creative work, which required leading with a stunning visualization but revealed its underlying data set upon closer inspection.

The map speaks to me. I can see patterns that aren’t visible to other people, but later appear like they were always there. – S*Pell. 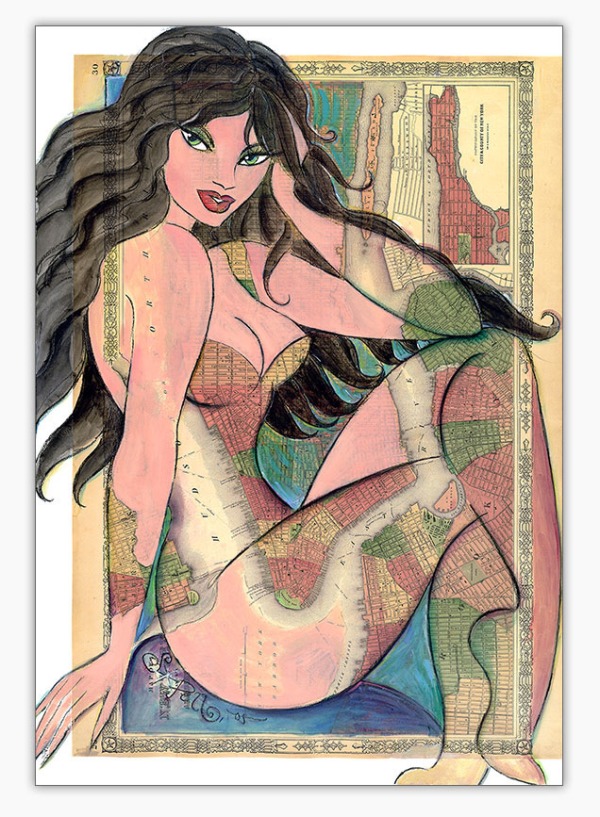 Like many of us, Sharon Pell-Lie spent alot of effort locating, browsing, sampling, and finally selecting the right data sets to visualize. For her, old maps of NYC and Paris were the perfect inspiration, backdrop and data source to base her artwork upon. She spent many days over the years looking for small shops (data warehouses) that might have just the right maps (data sets) to use for a new project. And not unlike the tedious exploration of data feeds the Data Scientist endures, success often hinged on a bit of good fortune or serendipitous discovery. Once located, the adventure began and a world of possibilities emerged. 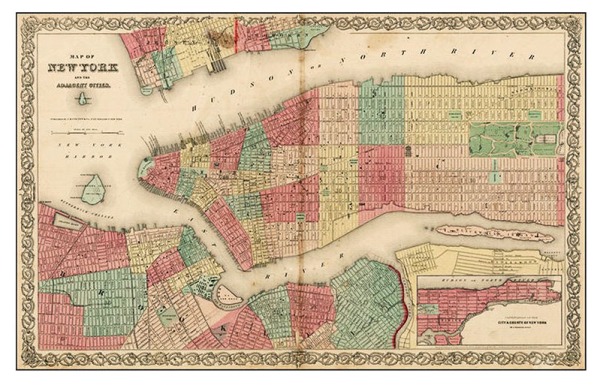 Sharon would say the map (data set) spoke to her. She could almost immediately get an impression of how the data could reveal itself through patterns not visible to the layman. But, to her trained eye, mental models and exciting concepts would leap from the page. Just like the senior financial analyst sees spreadsheets transform instantly into models and patterns in their minds’s eye, Sharon saw patterns within the data set (geographic shapes and labels) that formed unexpected insights (human forms). The surprising similarity to the approach and methodology between artist and data scientist is strongest at this phase of the project. 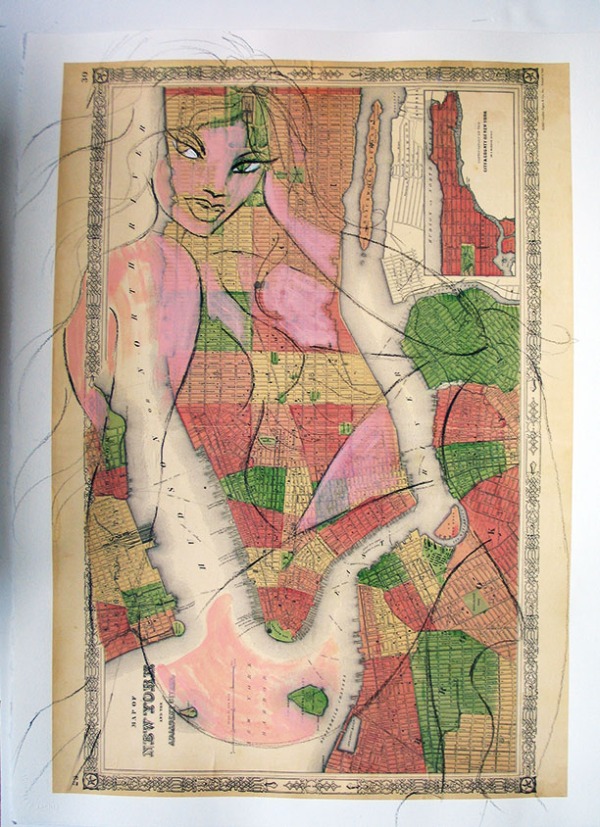 After identifying the underlying pattern in the data, Sharon would begin to sketch out that pattern as a guide or blueprint to how the final piece would emerge. This step required shaping the underlying information into its new form. She did this through charcoal pencil, just as the data scientist does it with tools like Tableau, R and Processing. Rough at first of course, but clearly indicative of where the final piece was headed. As with any good visualization project, there were many explorations of ideas, frustratingly close failed attempts, amusing outtakes, countless iterations, and finally just enough clarity to see the finished visual take shape within a framed outline.

Every interesting visualization, infographic or piece of art has multiple layers that comprise it – the underlying data, the form, and the expression.

Here are each of the levels of detail of the final artwork (data visualization):

The key to any good visualization is revealing a something within the data that may not be readily apparent to casual observer. This is often the “hero” or real point of all the work. In the case of Sharon’s art, it’s the fine detail and clever disclosure of playful landmarks and data points. Note how lower Manhattan mimics the curve of the thigh, almost perfectly, as if it was always there. The label of New York Harbor is clearly visible as a landmark to give context. 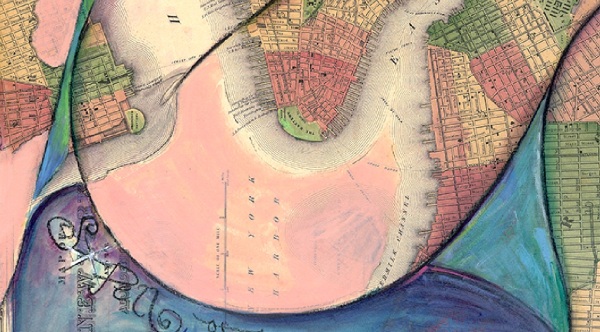 BRINGING IT TO LIFE

She worked quickly and best with her favorite palette and toolset, but also challenged herself to try new techniques and approaches – just as any Data Scientist and Visualizer who’s pushing to find the next discovery would do on a regular basis.

Artists grow by challenging themselves and their audience, which is no surprise how the Data Scientist sharpens their craft. These pieces, called the “S*Pellbinders” collection, featured maps of not only NYC but also famous cities from around the world – each with its own local flavor and delights. Each is unique, but all share the same technique and approach that makes Data Science so rewarding.

There are many parallels between the approach Sharon took in her work and the work we do as Visualizers and Data Scientists. That said, perhaps it’s too easy for some to dismiss the creative endeavor as completely non-scientific and lacking rigor, and nothing like the science of visualizing data. But, when you look carefully at the thought process and methods we all use to take inspiration and turn it into artifacts, I think you’ll see we are not so different and perhaps all of the above at the same time. 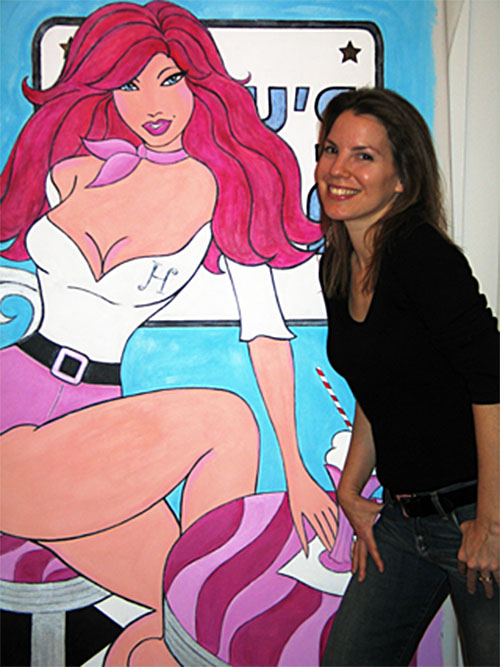 Sharon created countless drawings of the storybook characters Cinderella, Sleeping Beauty, and eventually her favorite female superheroes when she was young. That dedication to craft really paid off in the form of a fashion scholarship to attend Pratt Institute in Brooklyn, where she studied fashion design, illustration and photography. Sharon lived and worked in Manhattan the rest of her life, exhibiting her latest artwork on the streets of SoHo many weekends, where she sold original pieces to thrilled people from all over the world. Sharon’s work was later discovered by and featured on Tommy Hilfiger t-shirts and Fashion Week commissions.

To learn more about Sharon and see her work
http://www.pellmell.com