Being a storyteller is an integral and necessary part of designing. Bringing your product or service scenarios to life through memorable stories is the most effective way I’ve seen to get your points across and make them stick. I do hand sketched storyboards all the time it seems. 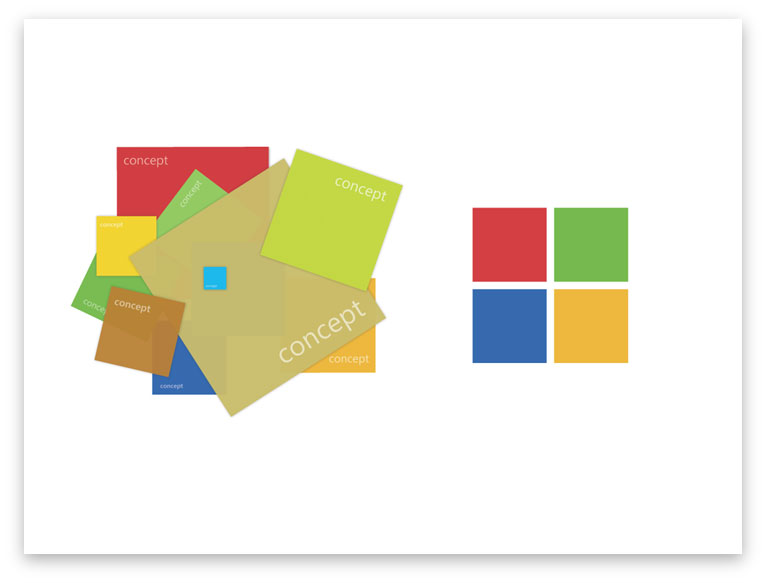 To help the Windows Design Team internalize and evangelize the Design Principles that were formational to Windows 7, we all were able to pick some type of artwork to create in a short amount of time to illustrate any of the six principles. I chose “Reduce concepts to increase confidence”, one that resonates with me and in my work. I wasn’t an animator by any stretch at the point, so I choose to challenge myself by learning to create a video entirely with Microsoft Expression Blend and Expression Encoder. Bit rough around the edges, but you’ll get the point.

FUN FACT
You’ll see at the end of the piece the character that appears on stage has a bit of a claw for hand. I had just finished watching District 9 the night before ;-) 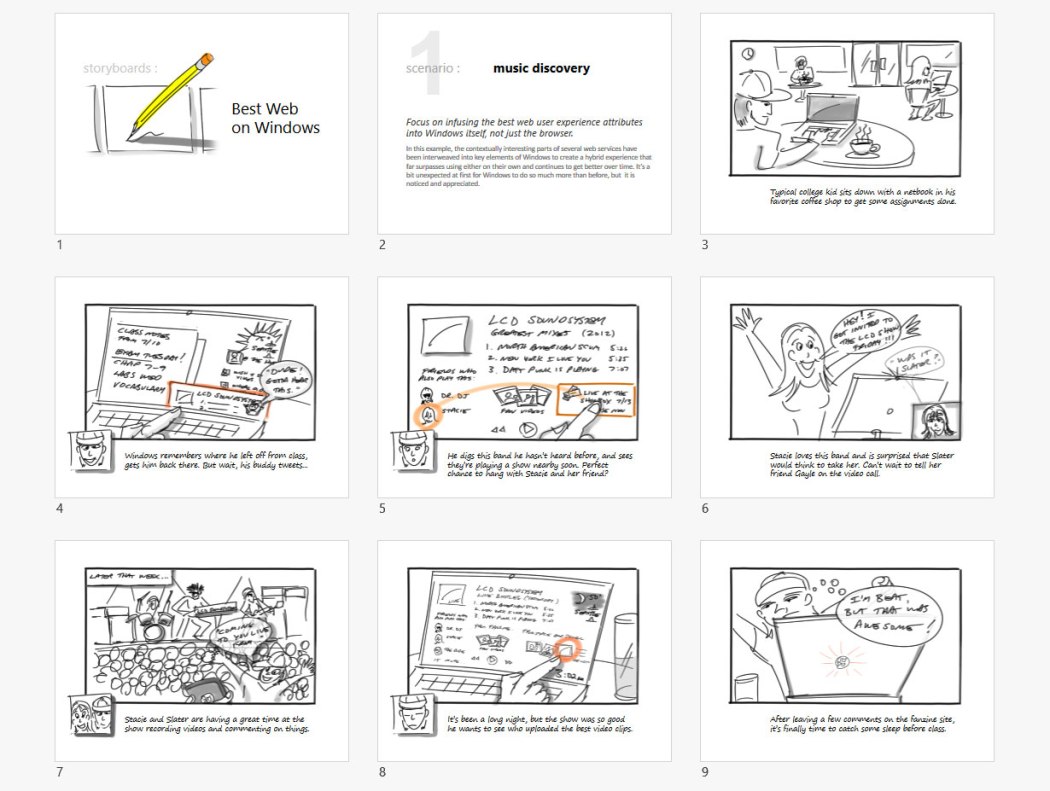 Part of the Planning process for each major Windows release is taking the key scenarios and playing them out through storyboards, prototypes and demos. This was a fun sequence to work on with the Windows team. 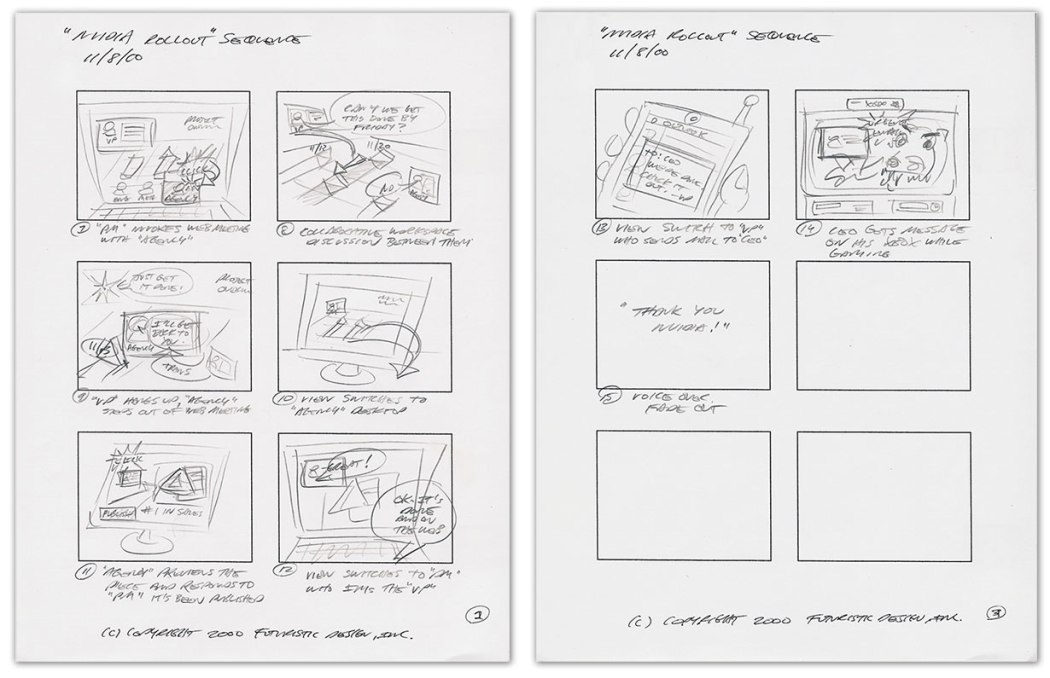 Had the opportunity to pitch NVIDIA’s CEO Jen-Hsun Huang the idea of using a real-time 3D demo to illustrate how their upcoming mobile graphic chip set could revolutionize gaming on handheld devices. This storyboard was one of plates used to communicate the base idea. My friend Alan Wootton coded a great DX something demo to go along with this.